The origins of creation and evolution
14 billion B.P. Big Bang. Our universe comes into existence. It continues to expand until this day, with the expectation that at some future point everthing will start to contract again: the “Big Crunch”. What is beyond the Big Bang nobody knows.
13 billion B.P. Formation of our galaxy, the Milky Way. It is roughly 100,000 light-years in diameter and contains between 100 and 400 billion stars. Our sun is one of these stars. There are many other galaxies.
4.6 billion B.P. Formation of our planetary system, the Solar System with the sun at its center, within the Milky Way galaxy. Over 99 percent of the matter that formed our Solar System was pulled towards the center where it ignited into a self-sustaining process of thermonuclear fusion, forming our sun.
4.54 billion B.P. Creation of Earth.
4.4 billion B.P. Formation of our Moon, most likely due to an impact between the earth and an object the size of Mars.LIFE ARISES
3.8 billion B.P. First evidence of simple prokaryotic cells, the earliest forms of life.
2.4-2.1 bn B.P. The Huronian glaciation. The first ice age we know of. It might be linked to the first free oxygen appearing in earth’s atmosphere through photosynthetic bacteria.
850-625 mn B.P. Cryogenian glaciation, the second major ice age.
580 million B.P. The first multi-celled micro-organisms.
542 million B.P. The Cambrian explosion. The rate of evolution accelerates by an order of magnitude, beginning to resemble modern evolution.
460-430 mn B.P. Andean-Saharan glaciation, the third major ice age.
450 million B.P. Land plants have evolved from marine algae.
400 million B.P. First insects appear.
360-320 mn B.P. Karoo Ice Age, too minor to generally be labeled a glaciation.
360 million B.P. First (reptile-like) amphibians come on land.
300 million B.P. The first reptiles appear.
250 million B.P. Beginning of the Triassic era, after the largest historical extinction of species in earth’s history. At this point all landmasses form one supercontinent: Pangaea, surrounded by one ocean: Panthalassa. The climate is hot and dry with no ice on the poles, with occasional episodes of large amounts of rainfall.
230 million B.P. Dinosaurs start to appear.
130 million B.P. The first flowers appear.
66 million B.P. Dinosaurs are wiped out due to an asteroid impact of at least 10 kilometers (6 miles) wide. Dust from the impact blocked out the earth’s atmosphere for several years, killing off plant and animal life.PRIMACY
60 million B.P. The first primates appear.
20 million B.P. The first hominids (great apes) appear. Chimpanzees, gorillas, orangutans, and humans still exist from this line of evolution.
4.4 million B.P. Ardipithecus Ramidus, or “Ardi“, begins to roam the earth. In many ways Ardi has more in common with modern humans than with apes.
3.9 million B.P. Human-like apes of the Australopithecus Afarensis (“Lucy“) species begin to roam the earth. Not necessarily more human-like than “Ardi”.
2.5 million B.P. Beginning of the Quaternary glaciation, or Pleistocene glaciation, the current ongoing glaciation. The last last glacial period lasted from 110,000 to 12,000 years ago. Since 11,700 B.C. we have been in an interglacial period, the Holocene, but we are not completely out of a glacial period.
2.4 million B.P. Homo, a human-like form of hominids (or apes), starts to appear.
1.5 million B.P. Homo Erectus, meaning “upright man”, and a likely ancestor of Homo Sapiens, appears. Originates in Africa and spreads to Asia.

Please let me relate why I venture to state that I need to inform how I’ve sought to define what is Time by the end of this rhyme and explain how this World came from Nought. 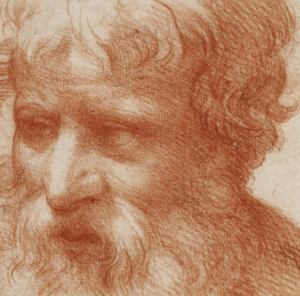 To Rachael who, through adversity & constant gibber-wobby from her dysfunctional Dad, toiled ceaselessly to bring this muddled medieval attempt at comprehension into the 21st century. I further dedicate this to Mum and Dad without whom I would have been lost in this very confusing World
Kind and Loving  genuinely decent people We all say this about our parents… but we were blessed with having them as our parents.

The Die is Cast